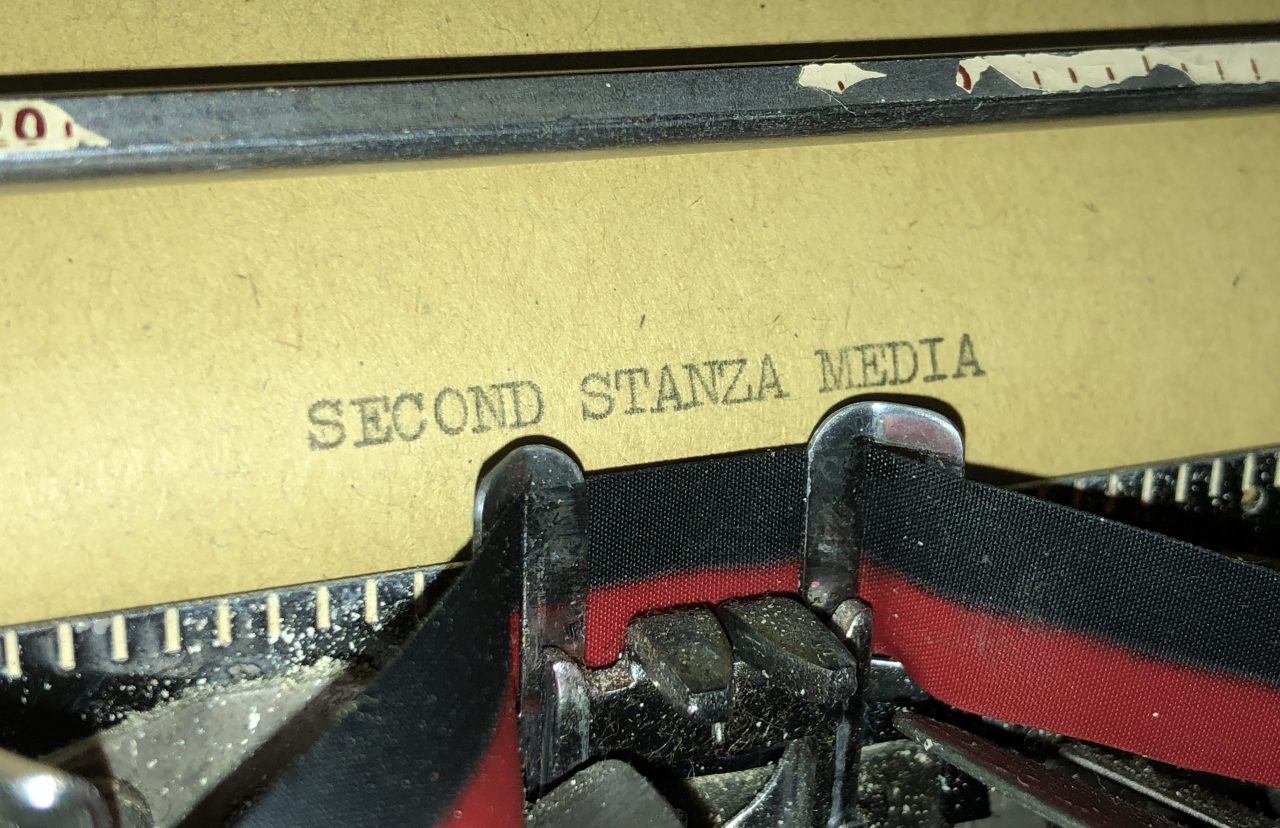 The headline is a tad misleading as I do not know all that much about my good friend’s late father, other than what has been passed on by his children and what I gleaned on my own from the two times I was warmly welcomed into the beautiful Kentucky home that he shared with his loving wife, Charlotte.

For example, while I knew he was a World War II veteran, I only learned at Sunday’s wake in Louisville that Louis A. Bahr Jr.’s typing skills most likely saved his life. As per his oldest son Jim Bahr, his father was being trained on how to plant and detonate explosives to remove obstacles that could hinder the advancement of the Allied armored forces—a high-risk job that required great delicacy—until his Navy commanders needed a typist with agile hands.

Mr. Bahr was the only one in his unit who could type.

“The survival rate for those guys wasn’t too high,” Jim said while sharing the story, one of many told and retold that day, about his father’s combat training. “I probably wouldn’t be here if it wasn’t for that.”

Additionally, I learned from one of his daughters, Peggy Foley, that Louis A. Bahr Jr. had been engaged before he met her mother, and that his fiancée broke things off by sending him a “Dear John” letter.

I also learned that Mr. Bahr, a lifelong Jack Daniels drinker, had finally switched to Maker’s Mark—a conversion that he had adamantly fought for years and was the trigger for many heated debates between him and his younger son and my close friend, Bob Bahr, an avid fan of Maker’s.

Ironically, the senior Mr. Bahr had switched loyalties again in his later years, this time to the much-higher proof Noah’s Mill though, as Bob notes, “He could only drink a thimble’s worth at a time,” pointing out that its proof typically exceeds 120. And Jim offered in a separate exchange that his father recently questioned why a waiter had served him a “sissy drink,” a glass of 90-proof Maker’s on the rocks, when he wanted straight bourbon.

It is also what will forever link Louis A. Bahr Jr. and myself as he is the one who introduced me to Elmer T. Lee, a bottle of which he enthusiastically served at the backyard celebration following Bob’s marriage to the lovely Lynne almost 10 years earlier.

And by “enthusiastically” I mean he didn’t give me the chance to say no even though Bob’s prior attempts to covert me from gin had been unsuccessful during my first visit to Kentucky in 2000 for Derby.

Next thing I knew, I was holding a wine glass containing a few cubes of ice and four fingers worth of Elmer. We toasted the newlyweds and thus began my love affair/obsession with all things bourbon.

As proven by Mr. Bahr’s double conversion, tastes and palates are always in flux, which is why having an open mind is essential to enjoying all that life has to offer and, in certain circumstances, offer again many years later.

The one great known about Louis A. Bahr Jr. was his stubbornness, a characteristic that I learned this weekend he was well-aware of possessing though, as per Bob, his father preferred to describe the quality as “tenaciousness.”

In addition to raising a glass of Elmer to mark the passing of yet another member of our Greatest Generation, I feel I must share one of my earliest columns, “Tales Of Gold,” that was inspired by the late Mr. Bahr and his … tenaciousness.

To be honest, I never thought much about squirrels before visiting Louisville with a good friend, who also happens to be a native of this great southern city, to watch the Kentucky Derby a few years back. But all of my unfounded beliefs that squirrels were nothing more than simple-minded, bushy-tailed nut collectors immediately changed following one of my first conversations with my friend’s parents, Lou and Charlotte.

Apparently, Lou has been entrenched in a bitter war against these descendants of the rodent family, which includes your typical fox and gray varieties, as well as the fancier “southern flying squirrel,” for many years.

And, no, “war” is not too dramatic a term to describe the man vs. rodent battle that has been and continues to be waged on the battlefield otherwise known as Lou’s backyard.

Unlike most of today’s conflicts, whose origins have been blurred by years of finger-pointing, political scheming and calculated deflection by governments, Lou’s war against the indigenous squirrel population started over a simple birdfeeder. Instead of attracting cardinals, finches and chickadees, as was originally intended, the backyard feeder was systematically emptied by not just one but a large family of acrobatic squirrels.

Ticked that rodents were raiding his feed, Lou did the next logical thing to protect his investment: he coated the 6-foot-tall pole holding up the birdfeeder with a thick layer of Vaseline.

Imagine the joy Lou must have felt as he watched squirrel after squirrel attempt to climb the slick pole, only to slowly slide down again and again, their paws helplessly trying to grip the glazed metal rod.

Now imagine his surprise as he watched one particular squirrel, perhaps the ringleader of this marauding group of rodents, climb to the top of his second-story house, jump to the roof of his shed and end his act with a victory leap to the birdfeeder—all in front of Lou’s disbelieving eyes.

“They were like monkeys,” said Bob, Lou’s son. “They were really determined to get that feed.”

Military analysts will tell you that the key to winning a war, and not just a battle, is learning how to quickly counter your enemy’s moves. Lou was no different; he immediately purchased a couple of humane traps that he used to lure and capture the trespassing squirrels.

But relocation was not a good enough option to guarantee that the ostracized rodents wouldn’t eventually find their way back to Lou’s home to wreak havoc. Lou needed security, especially since his Vaseline plan had failed so miserably.

Once again, he did what any normal northerner would do: he bought cans of gold spray paint to mark the tails of the squirrels he had captured.

According to the notebook kept in his garage, Lou has successfully captured and relocated more than 700 of these violating squirrels, all of which made the mistake of being drawn either to the birdfeeder or Charlotte’s small backyard garden. Lou says that he has helped his enemies find religion or a hot meal, as he usually transports the caged squirrels in the trunk of his car before releasing them in the parking lots of local churches and restaurants.

I was reminded of Lou’s obsession while waiting for my girlfriend to get into my pickup truck one recent weekend. I couldn’t help but notice the distinctive “ping!” of acorns steadily striking my roof of my vehicle. One of my girlfriend’s baby sisters was standing on her front lawn, her eyes fixed on the tops of two 60-foot oak trees.

“What are you doing, Briana?” I asked, never thinking that a squirrel could be deliberately tossing discarded acorns at the annoying humans below.

“Nothing,” she replied. “It’s the squirrels.”

My girlfriend, who had just hopped into the passenger seat, must have sensed my disbelief, as she quickly added, “They do that. They usually try to hit you [with acorns] when you’re walking.”

I never questioned Briana again. But I couldn’t help but wonder if Lou’s “gold-tail” squirrels had successfully migrated north. I mean, what other clan of squirrels could be mad enough to throw acorns at small children and parked cars?

The tails of these two squirrels were a mix of brown and gray.

And I’ll confess, I was a bit relieved.